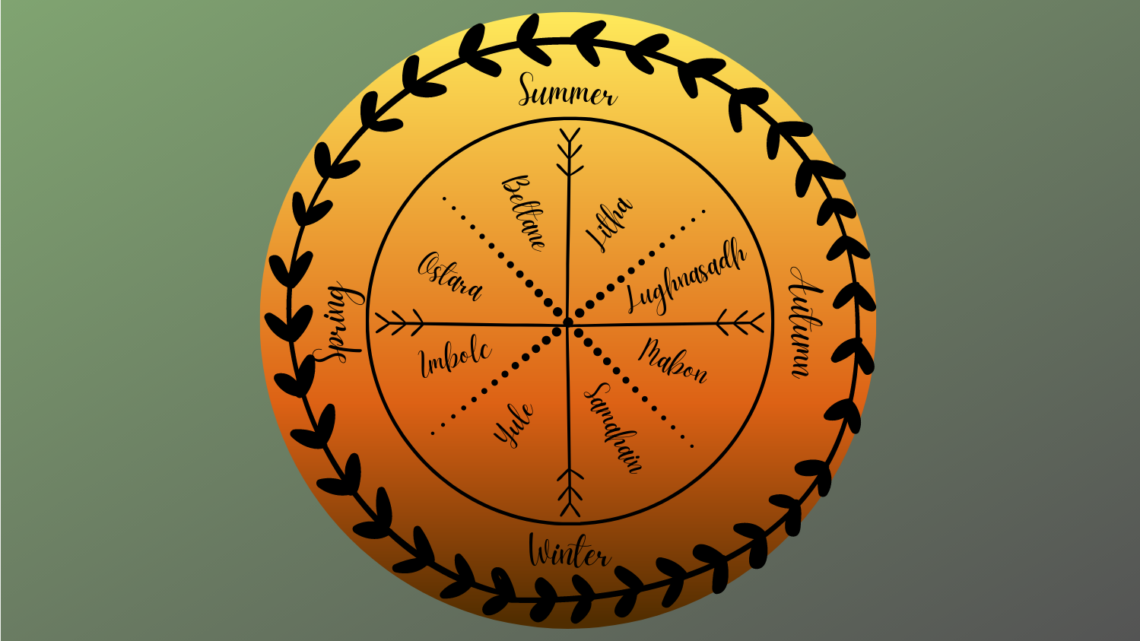 This blog post is a little bit different from the others I made before but it is an important one if you are gardening or even just curious about our history. Our Celtic & Scandinavian ancestors used to celebrate 8 important pagan events that are part of the Wheel of the Year, I wanted to write about them and explain why you should celebrate them or just remind them nowadays. What we know today, thanks to archeology, is that the Scandinavians used to celebrate the solar events (solstice and equinox) and the Celts the events linked to the light (they celebrated the begining of the different seasons during those dates according to the light) but also linked to the Perseids and the Leonids (shooting stars that can be seen during those events). It was their most important events, but they probably had more events during the year linked to specific divinities according to where they lived.

First of all, you need to know that I was borned and raised in a Christian family, but, did you know that a lot of Christian events are coming from pagan events? Oldest than the Christian events, the pagan ones are mostly Celtics and Scandinavians and were celebrated long time before Christianity arrived in France. The 8 events I want to tell you about are important days of the year, they are linked to the earth, the sun and the moon; linked to the agriculture (the soil and important moments to plant and harvest), the solar god (that heat the ground and gives seeds, then UV to the plants) and the Goddess (the woman and fertily that gives birth to the earth and its plants). The wheel represent the life cycle and eternity, the seasonal cycle with light times (spring and summer) and dark times (autumn and winter) and the lunar cycle as women’s cycle (symbol of fertility).

Everything is linked: the earth, the sun and the moon, and those 3 things are still important today for every gardener. We have 4 seasons, each of them is defferent and requires to be known for what it can give us or not. In big lines: we are planting in spring, the begining of the crop is in summer, then the end in autumn, and finally the earth have a rest in winter. Each end of the season has its own celebration and each middle as well, so here are our 8 pagan events we are talking about here.

It is the first event of the year for Celtics and Scandinavians ancient cultures. Samahain is the Irish name, but it is also called Samonios by the Celts from Gaul; Samhainn or Samhuinn in Scottish gaelic and Sauin in Manx. It was the first day of Winter for the Celts. Nowadays, Samahain has been changed for Halloween and is still celebrated during the night of October the 31st. It is a very important night because it is time for the Goddess (nature) to fall asleep (die) before coming back (rebirth) in spring (Samahain is the end of the cycle but also its beginning). They believed in reincarnation and this night was the only one of the year where the doors between the two worlds was open (they thought that if we can go to one side when we die, we could be aible to come back from the other side because it is a door that separate us). Because the door of the Sidh (world of the deads for the Celts) is open, this is a night for our dead loved ones to come back and visit us, to think about them and pay homage to them. They used to celebrat the end of life by lighting candles for the night that guided their ancestors until their houses. In the garden, it is time to harvest squash and spread leaves on the garden beds to protect the soil for winter; you can also plant some trees in the ground. In the kitchen, you can cook squash, apple pie and game meat. My Roasted Butternut Squash recipe. 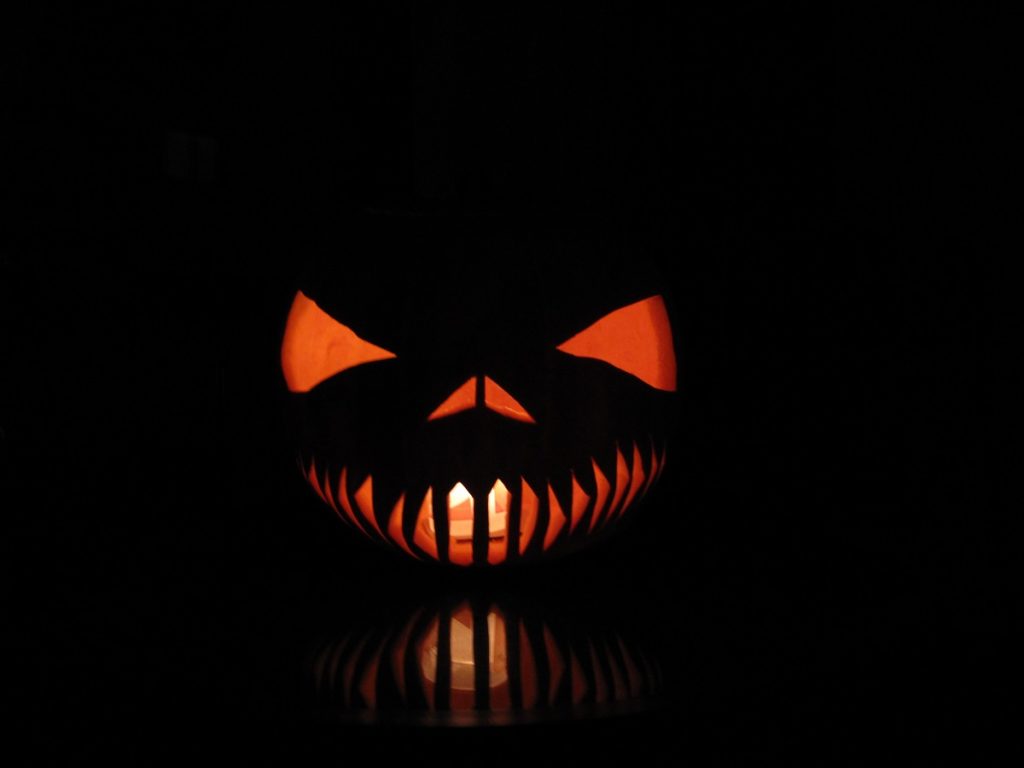 The winter solstice called Yule is celebrated between December the 20th and the 23rd (on December the 21st in 2021). Yule is the English name that comes from Jól the Old Norse language, today the word is Jul in Danish, Norwegian and Swedish. Nowadays, this is the begining of winter but also the longuest night of the year; the Scandinavians believed that the sun could not come back so they lighted big fires all night long. They celebrated the come back of the light because after the longuest night, all days will be longer now. To celebrate it, you can have a pine tree in your home decorated with light, they are 2 importan symbols for Yule. The tree is a symbol of strengh and the light is for the sun. You can also create a Julbock (a straw goat), symbol of Odin’s billy goats who draw its float accross the sky. For the Celts, it was the time of the year where their Druids used to pick up mistletoe in the oak trees. In the garden, you can also plant some trees during this time. In the kitchen, you can cook spices and oranges, but also a Yule log (another tree symbol). My Orange cake recipe. 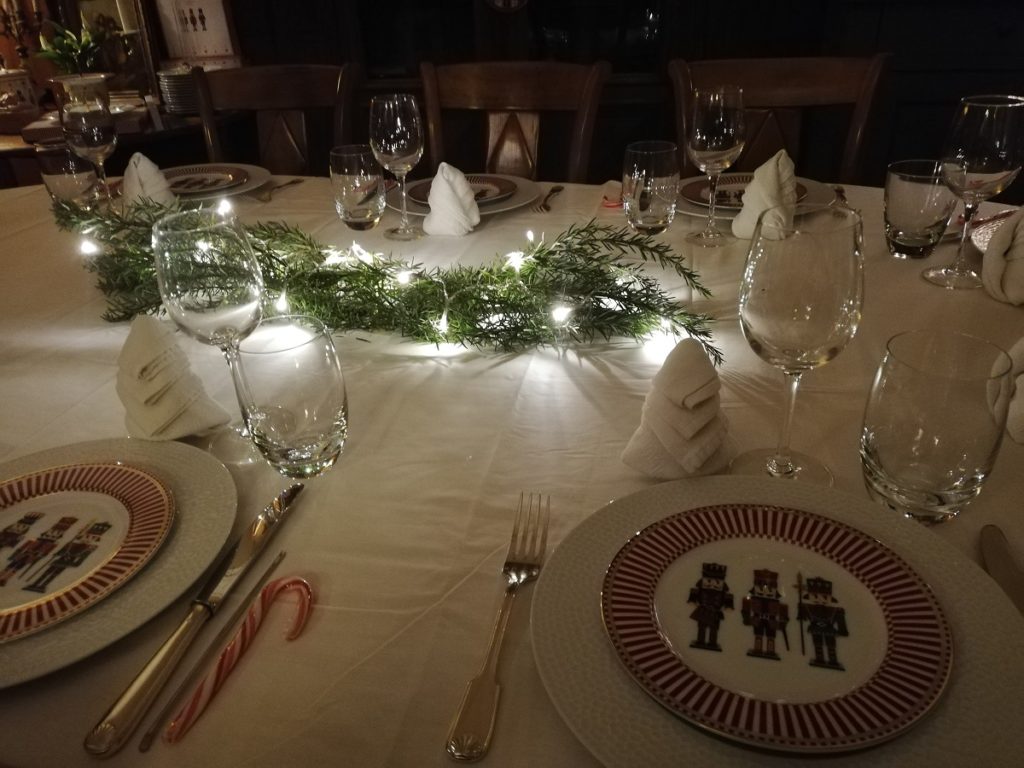 Imbolc is celebrated between February the 1st and the 2nd, so the begining of Spring for the Celts because after the winter solstice, the light comes back and spring is almost here. They used to celebrate the return of the sun and light, the life after winter and fertility of the soil. It also an event of purification by water (ancient texts say that you have to wash your feet, hands and head) and the first births for sheeps. This is time to plant the first seeds (mostly indoor nowadays) and to prepare the garden for the season. In your kitchen, light candles (symbol of the light) and cook some crepes (symbol of the solar disc, the Celts tought that when you ate them, you will then have the sun’s strengh). 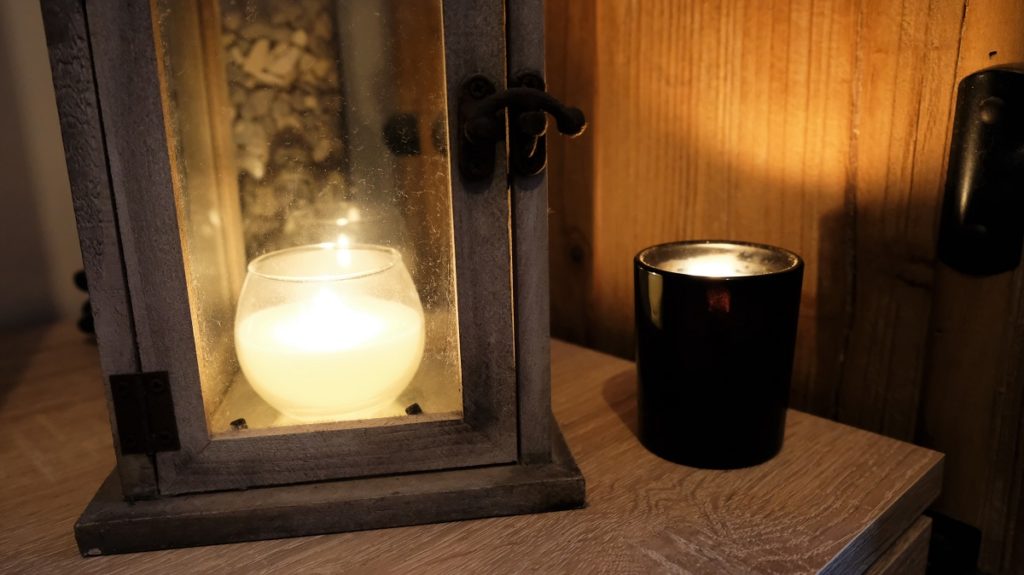 Ostara is the spring equinox, celebrated between March the 19th and the 21th (on March the 20th in 2021). Spring is finally here and the sun is back (equal time of day and night this day), flowers are arriving, seeds are growing up and animals are giving birth. This is time to plant the first vegetables in the garden, but also to cut aromatic plants and trees in the orchard. In your kitchen, you can cook eggs the way you want, they are symbol of fertility and rebirth. Try to keep the shell in one piece so you can decorate it with your children. My mimosa eggs recipe. 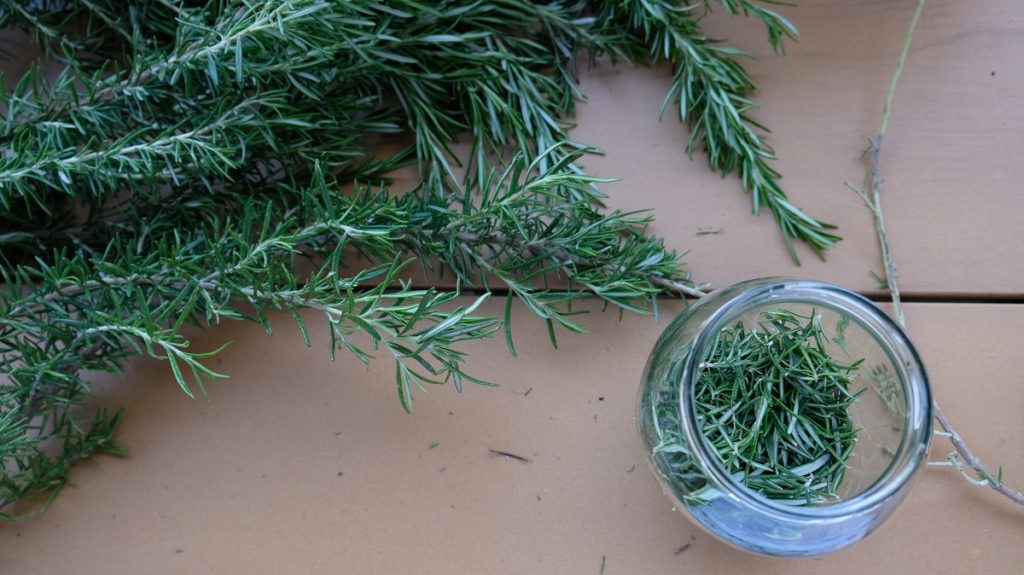 During the night of April the 30th to May the 1st, the Celts celebrated Baltane as the first day of Summer. It is also called Beltaine, Bealtaine, Belteine, Beltan or Bealtaine in Irish and Bealltainn in Scottish Gaelic. This is a special event dedicated to nature’s rebirth, happiness, fertility and prosperity, but also the union of the god and the goddess (the sun and the moon). This is a time of love for every species, and the come back of the heat and outdoor activites. To celebrate it, people used to light big fires (to purify their animals and protect them), created flowers crowns (with seasonal flowers and rosemary branches), and Beltane Poles (made with a wooden pole, kids and youngs are dancing around it holding a colored ribbon fastened to the pole, it was a meeting events for boys and girls). In the garden, May is time to plant vegetables and flowers that need heat and don’t resist to frost. In your kitchen, you can now eat some delicious early seasonal produces and cook special cookies made with oatmeal and edible flowers. My oatmeal cookies recipe. 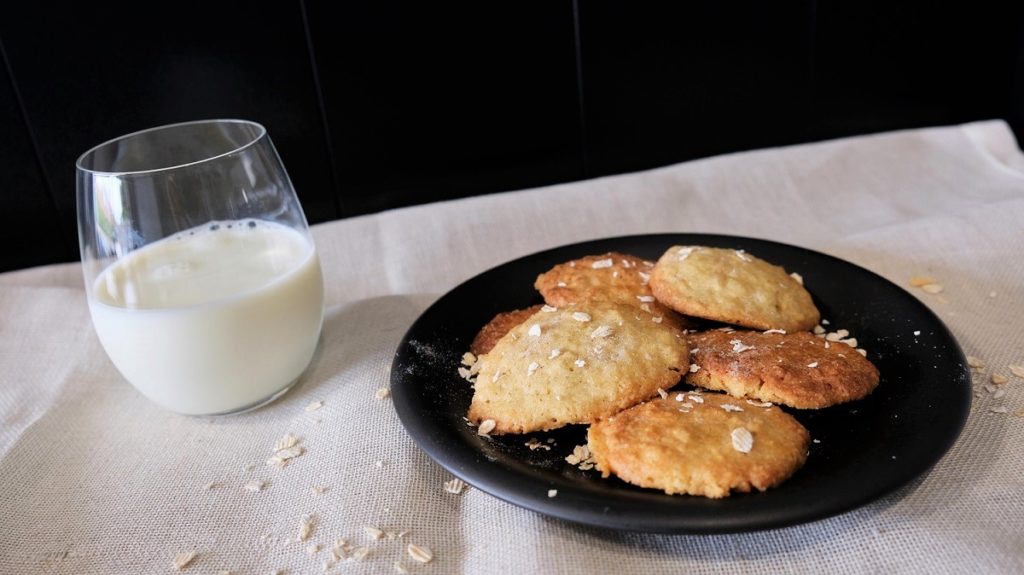 Litha is the summer solstice celebrated between June the 19th and the 22nd (on June the 21st in 2021). This is the longuest day of the year and a very important celebration since many millenials. They used to celebrate the sun that heat the soil and the light that allow farmers to work later during the day and provides abundant harvests. They used to light fires and stay awaken as long as possible during the night, dancing around the fire, eating and drinking with family and friends. In the garden, it is time to plant more seeds to get vegetables in autumn and to pick up aromatic plants. In the kitchen, you can prepare some beverages like elderberry wine, Hydromel, but also fruits salads (with fresh berries) and honey cakes. 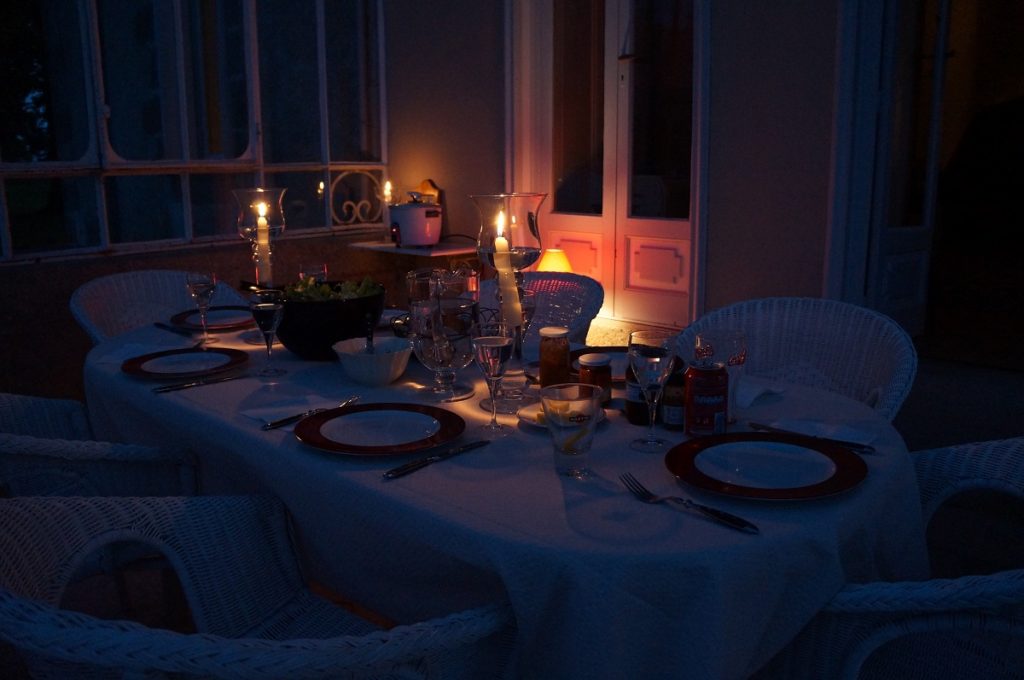 On August the 1st, the Celts celebrated the harvests and first day of Autumn with Lughnasadh. In Ireland, it was dedicated to Lug who’s mother died after tranforming big forests into cultivable fields. They had horse ridding competitions, duels, singings… It was during this time that was celebrated weddings and unions of all kinds. This is also a time of rest before the grape harvest in the end of summer. They used to celebrate the summer days and share with friends and family, keeping some wheat sprigs and straw dolls inside the house as a profusion symbol. In the garden, it is time to harvest your vegetables and fruits. In the kitchen, it is time to cook them, a lot of fresh produces to enjoy. My Tomatoes & Mozzarella salad recipe. 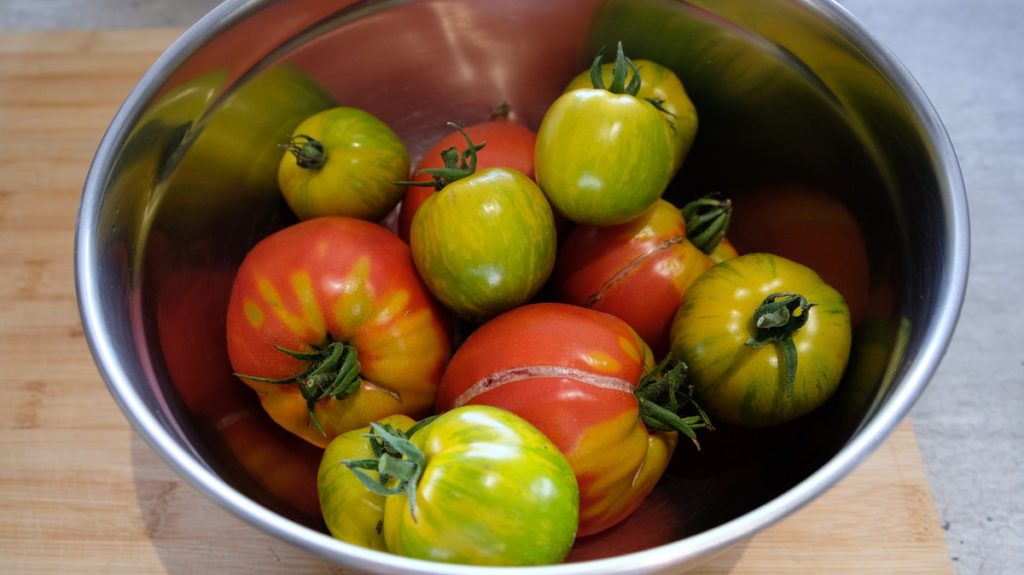 Mabon is the autumnal equinox celebrated between September the 20th and the 23rd (on September the 22nd in 2021). The day and night are equals in light and darkness and they used to celebrate the last harvests with friends and family. In the garden, it is time for the grape harvest but also some more vegetables and fruits. Leaves are changing in colors and some are already on the ground; you can pick them to spread them in your garden beds. In the kitchen, it is time to prepare some jars for winter with your fresh fruits and vegetables. For this event, you can also prepare some cakes made with nuts and apples. My Green Tomatoes jam recipe. 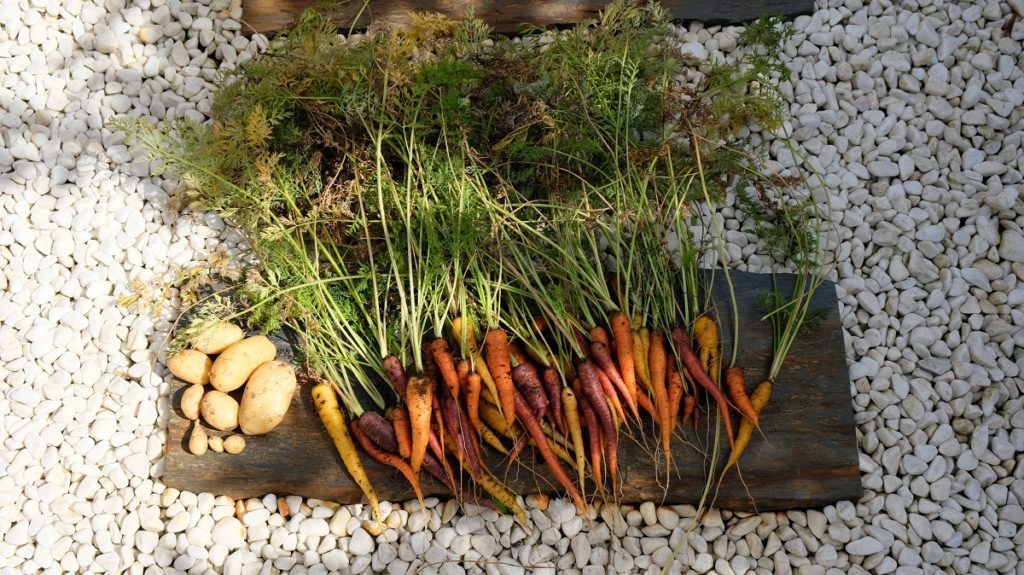 I hope you enjoyed this post and at least, learned a few things about our ancestors. I am not following everything about those events but I enjoy celebrating them, even just with a few things. I already did it since a long time without knowing exactly why: decorating a pine tree for Yule and cooking orange cakes (Christmas), cooking some crepes on Imbolc (Chandler), decorating eggs for Ostara (Easter), the big fire for Litha (Saint-Jean), lighting candles and cooking squash for Samahain (Halloween). I am quite sure that you also do some of those things at home, if you didn’t know the origin, now you know why… 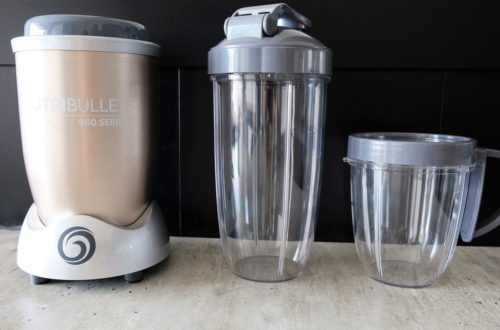 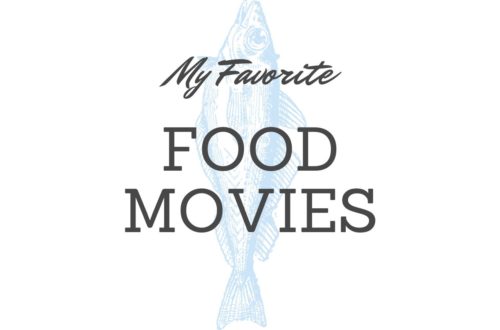 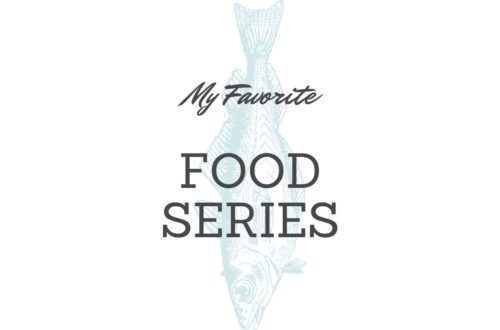